This attraction is located to the Southeast of Potosi at the feet of the Licancabur volcano, at 4,350 meters above the sea level. It has a total surface of 17 km2 and when seen for the first time, it has often been described as a vision of the end of the world.

The Laguna Verde is divided into 2 major bodies of water. The reason for its particular coloring is the high content of magnesium that exists in most of the geologic formations of the area. The landscape is truly fascinating especially when the sun sets on the zenith.

On the shores of the lagoon there are several enormous volcanic black-stones and saline rock formations that seem to be coming from the ground.

It has been impossible to determine the exact depth of this lagoon. Throughout the area there is a large amount of straw, most of which is curled or bent according to the direction of the wind.

While walking around the shore, an amazing view of the whole lagoon can be seen with the various mountains that surround it in the background. This allows visitors to see a beautiful and abrupt contrast of colors and shapes which are reflected on the surface of the lagoon as well.

This is a perfect area for long, peaceful and memorable hikes; it is also a great place for adventure and ecological tourism.

The best dates to go around this area include the months of June, July and August. During these months the soil is fairly dry, which makes it easy to ascend and descend the rocky formation throughout the entire area.

The Licancabur Volcano (5,868 meters above the sea level) has the shape of an almost perfect cone. It is an inactive volcano and it does not have much vegetation (straw and some grass). It is located towards the West end of the Lagoon and it is the landmark that indicates the border line between Chile and Bolivia.

It takes five hours to climb this volcan. It has a very steep and rocky slope, and whoever dares to climb it must face strong currents of wind, which come from the Pacific Ocean. From the summit there are several deep valleys that could be seen and the numerous lagoons that are inside and outside the park.

The Red Lagoon is located at 4,278 meters above the sea level and has a total surface of 60 km2. It is a lagoon of several colors, which has a predominant array of red shades. This is caused by animal plankton, phytoplankton and other additional elements. The beauty of the landscape that surrounds the area contrasts with the reddish hue of the lagoon and the pink flamencos.

This place is also known as the "Nest of the Andes" as it shelters more than 30.000 flamingos of three different species. It is also home to the "Parihuana Chica" (a species of flamingo), the largest of its kind in South America.

The view becomes even more spectacular with the presence of a generally large collection of flamencos that reside all over the red waters of the lake. There are three major species of birds: "parina chica" or "Chururu", the "Totoko" or "parina grande". All of these species of birds make a stop here before continuing their journey towards the North.

On the road to the Red Lagoon stands the active Ollague volcano. There is also a chain of several small lagoons inhabited mostly by flamingos and the thermal waters of Chalviri most of which contain salty water (30 C of temperature).

The Laguna Blanca is inside the Reserva Nacional de Fauna Andina Eduardo Avaroa. It is 5.6Km long and 3.5Km wide. It looks white due to minerals, mainly borax. The wind will sometimes kick up the borax dust making it look like water vapor.

Laguna Canapa is a high saline lake populated with flamingos and surrounded by huge mountains. The setting could not be more spectacular and on a beautiful day with no wind and scattered clouds it is perfect for "mirror" pictures. 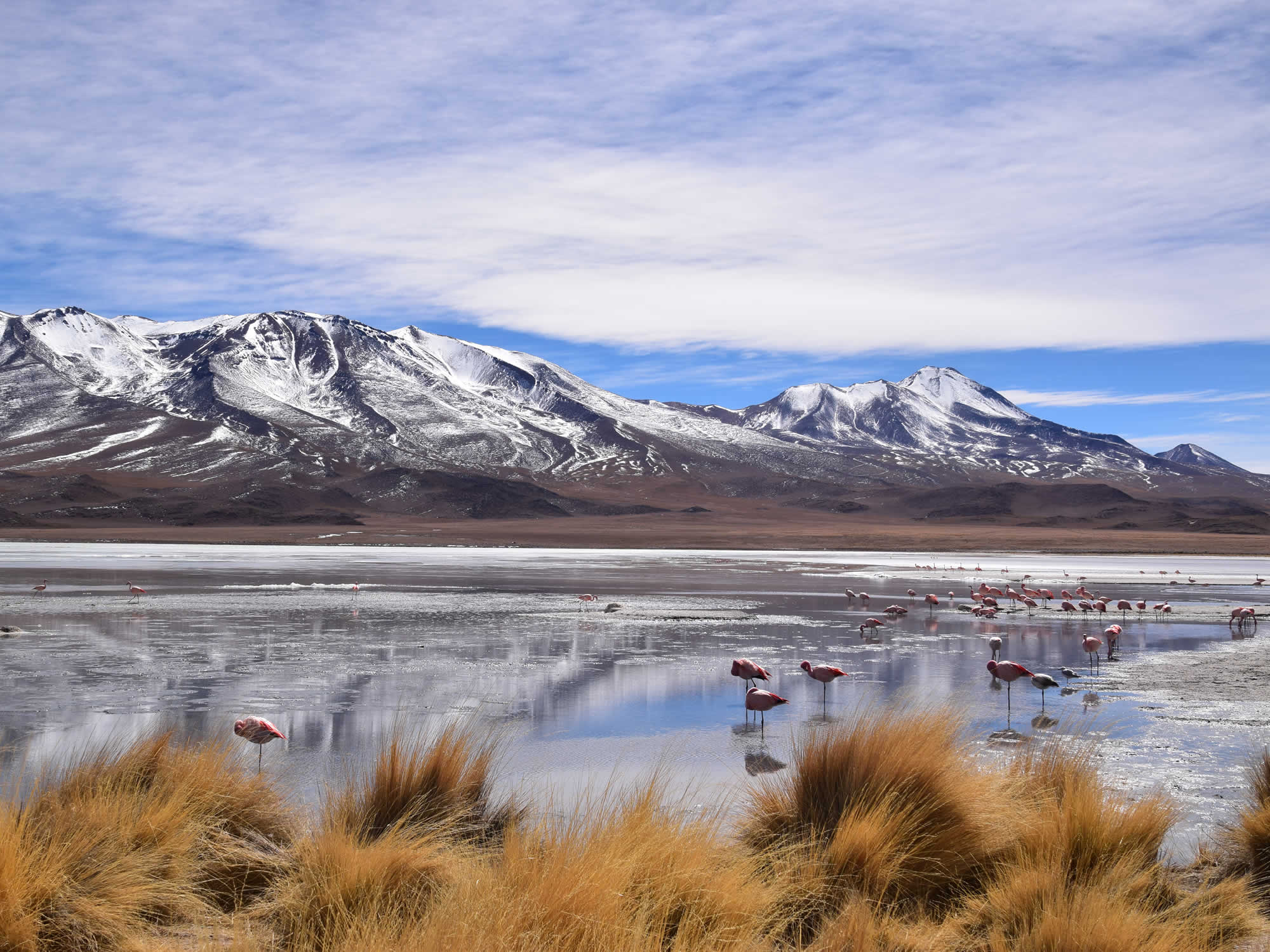 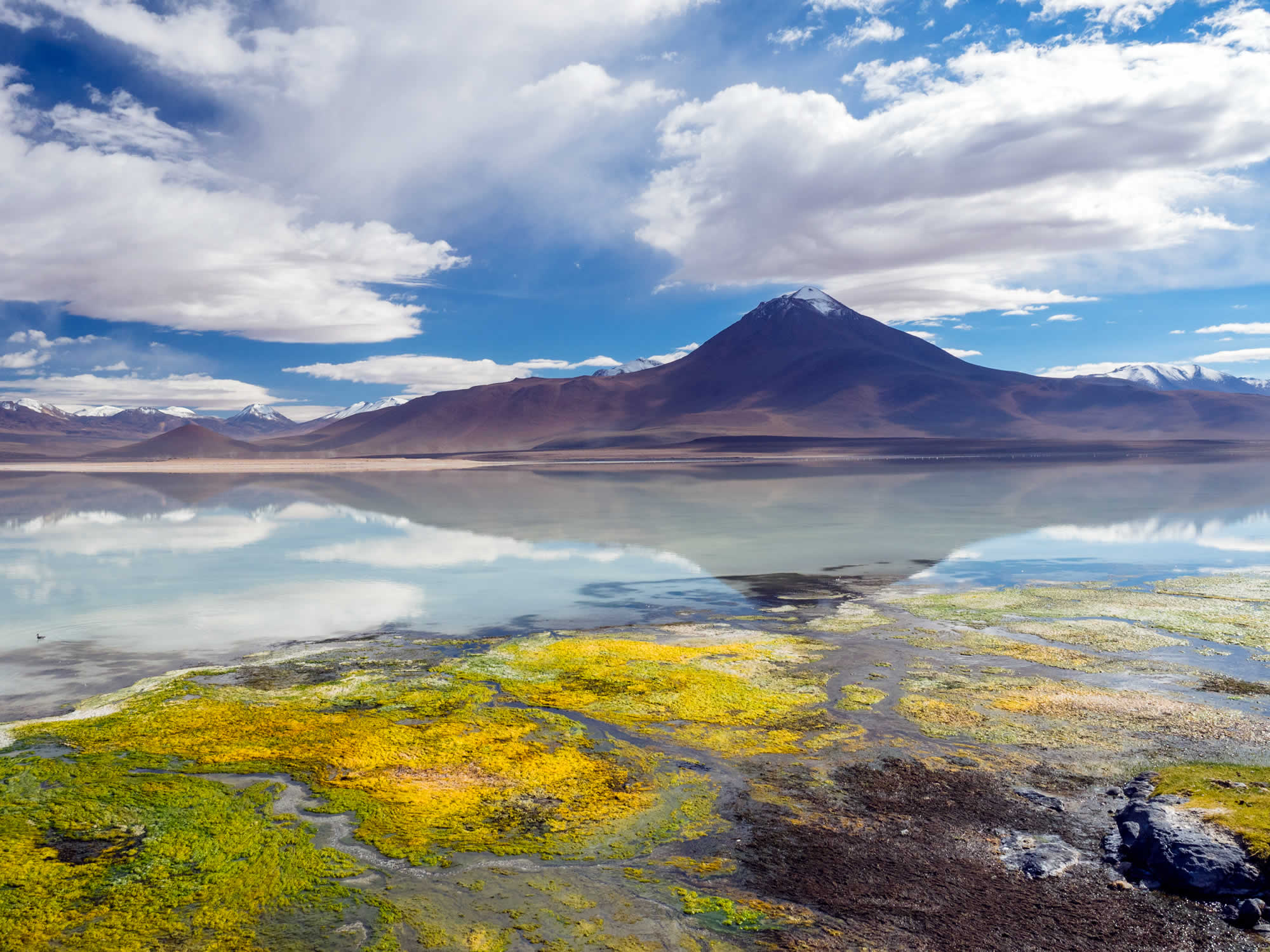 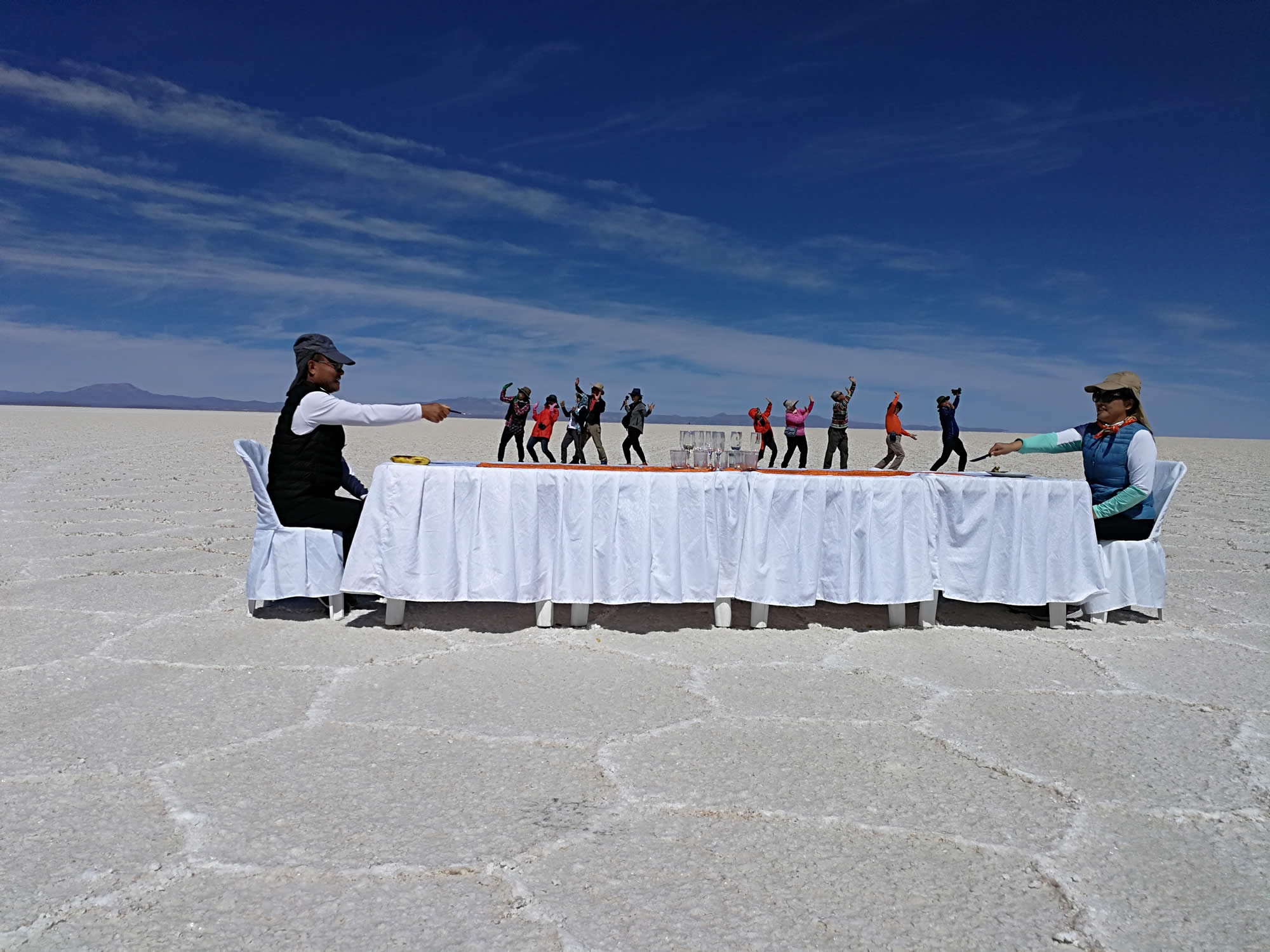 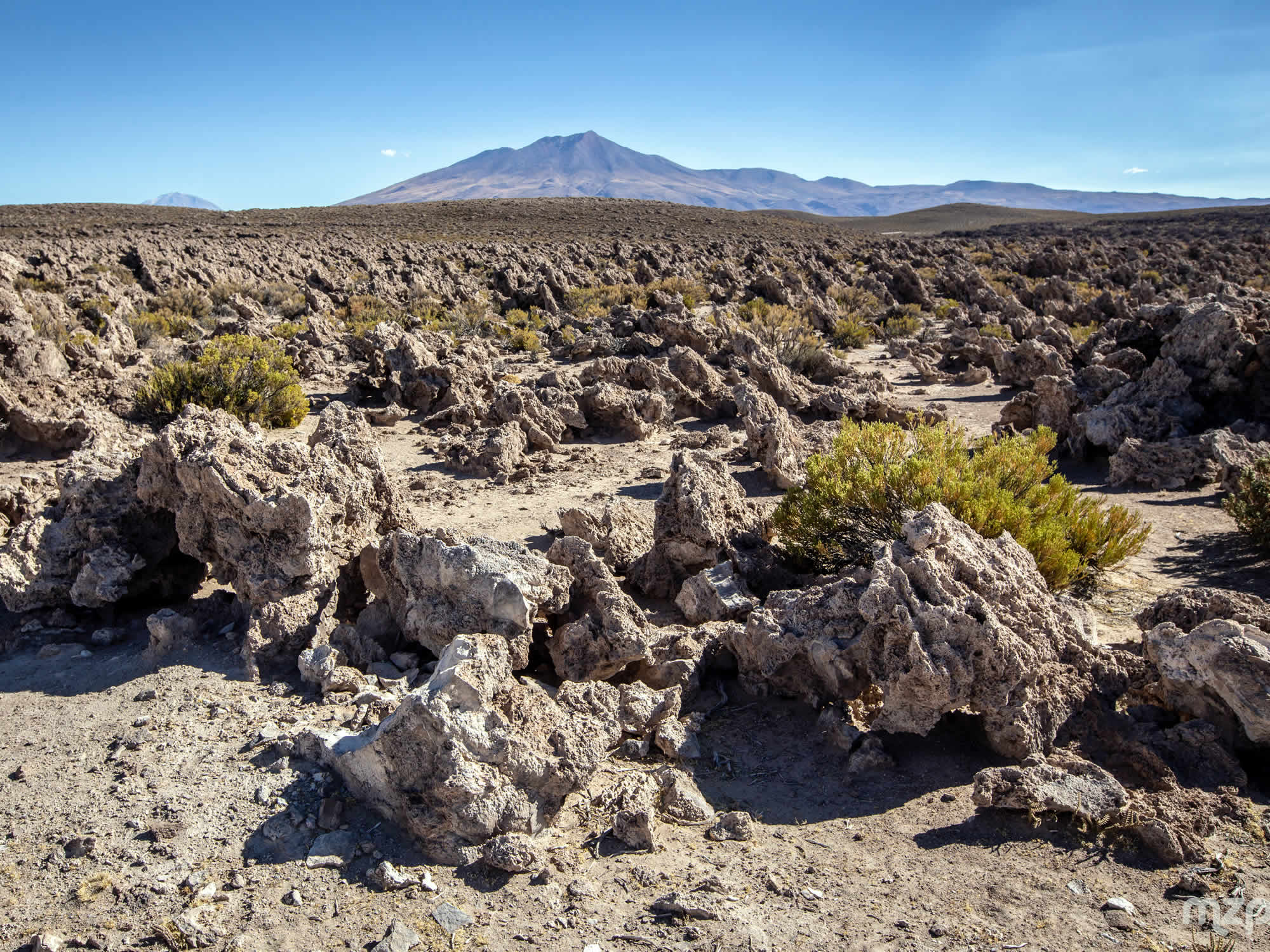 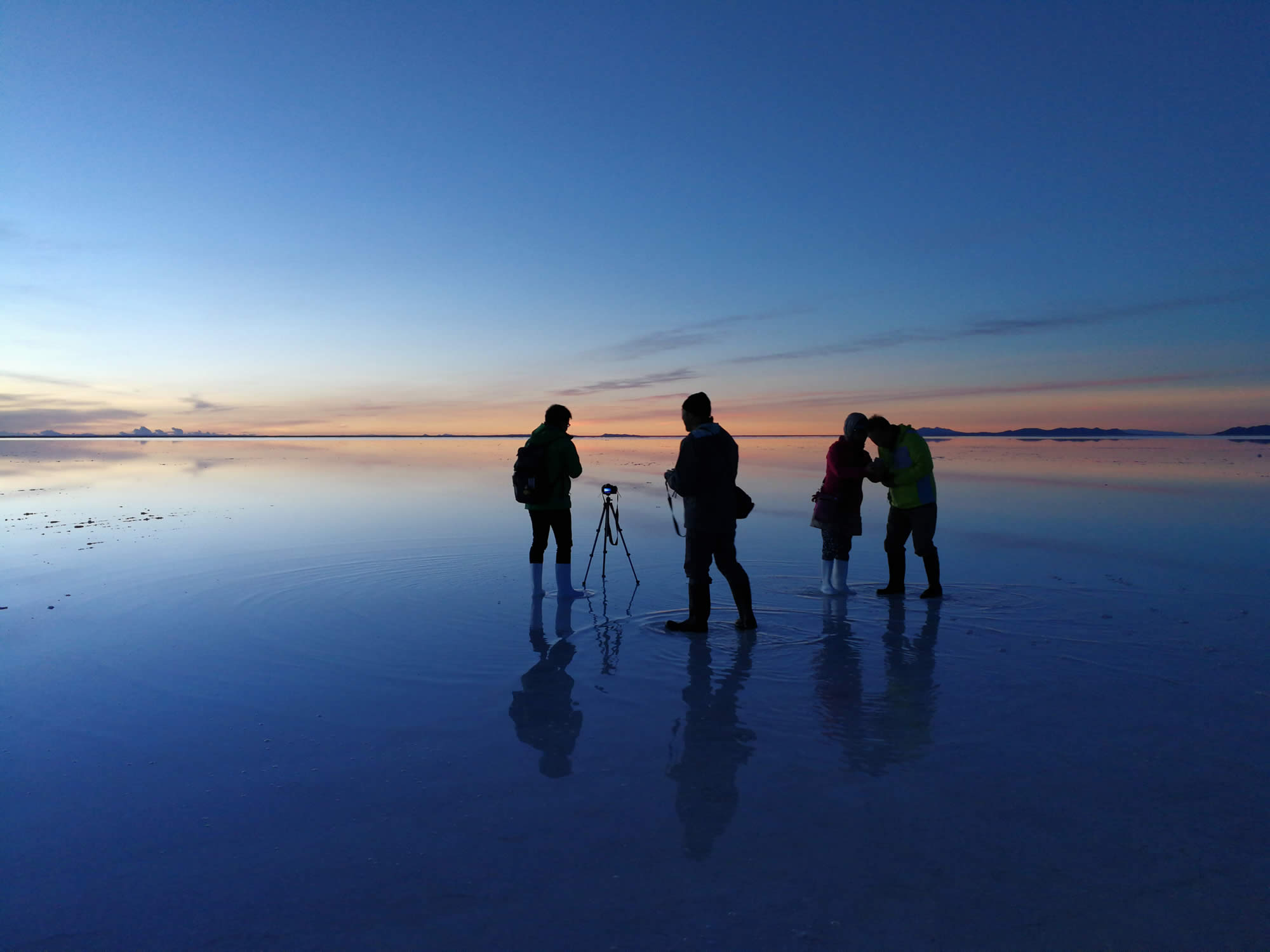 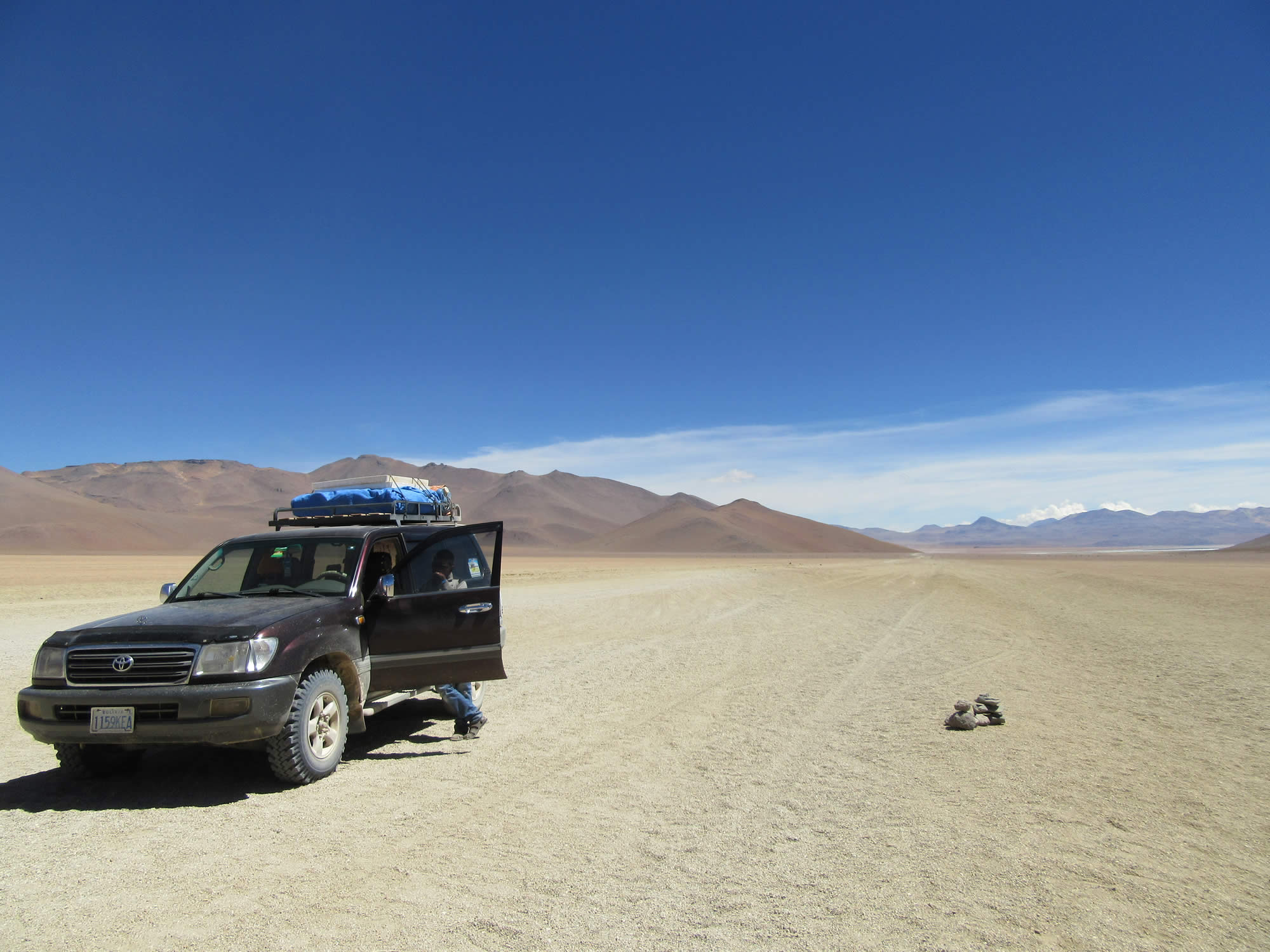 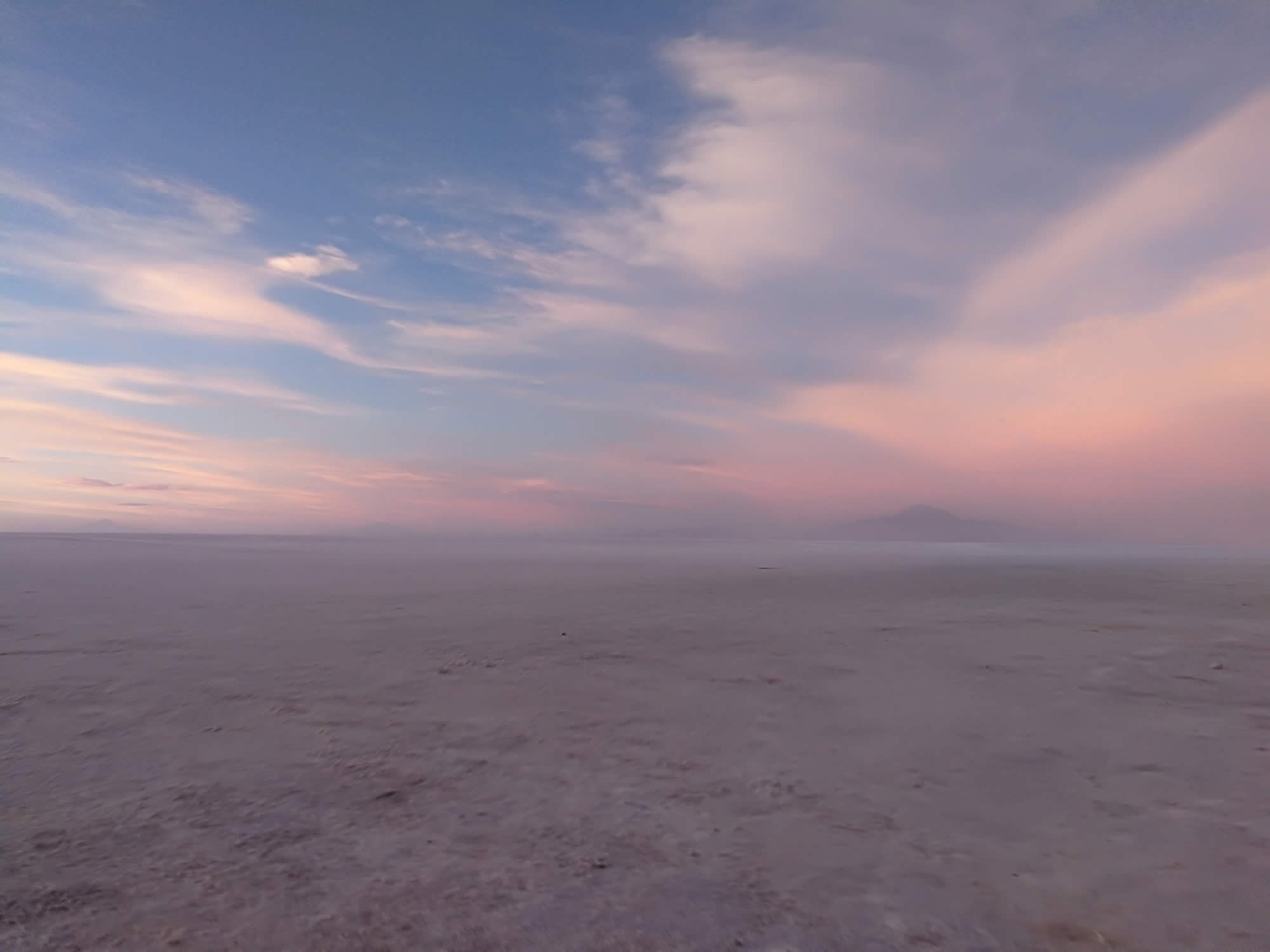 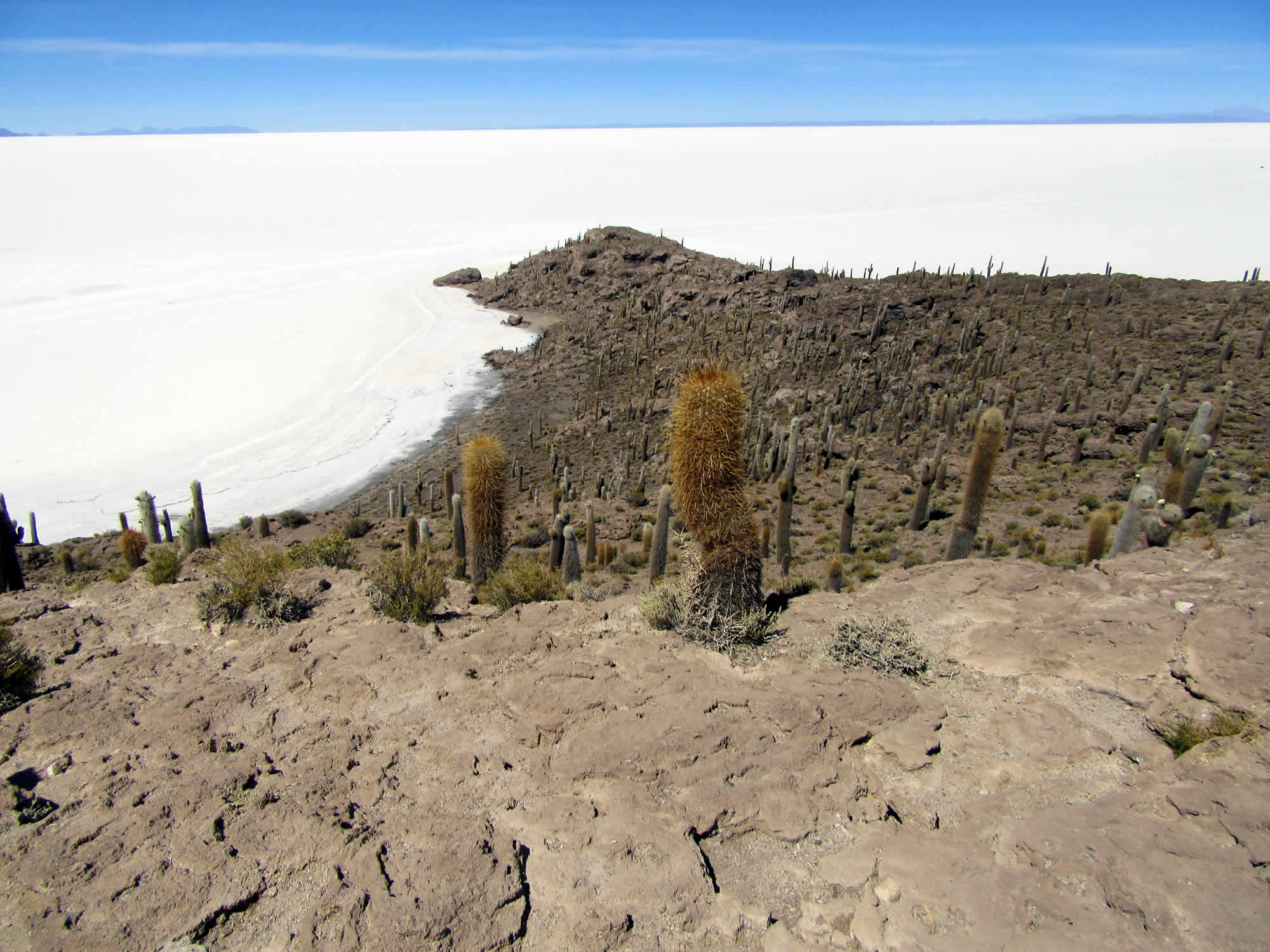 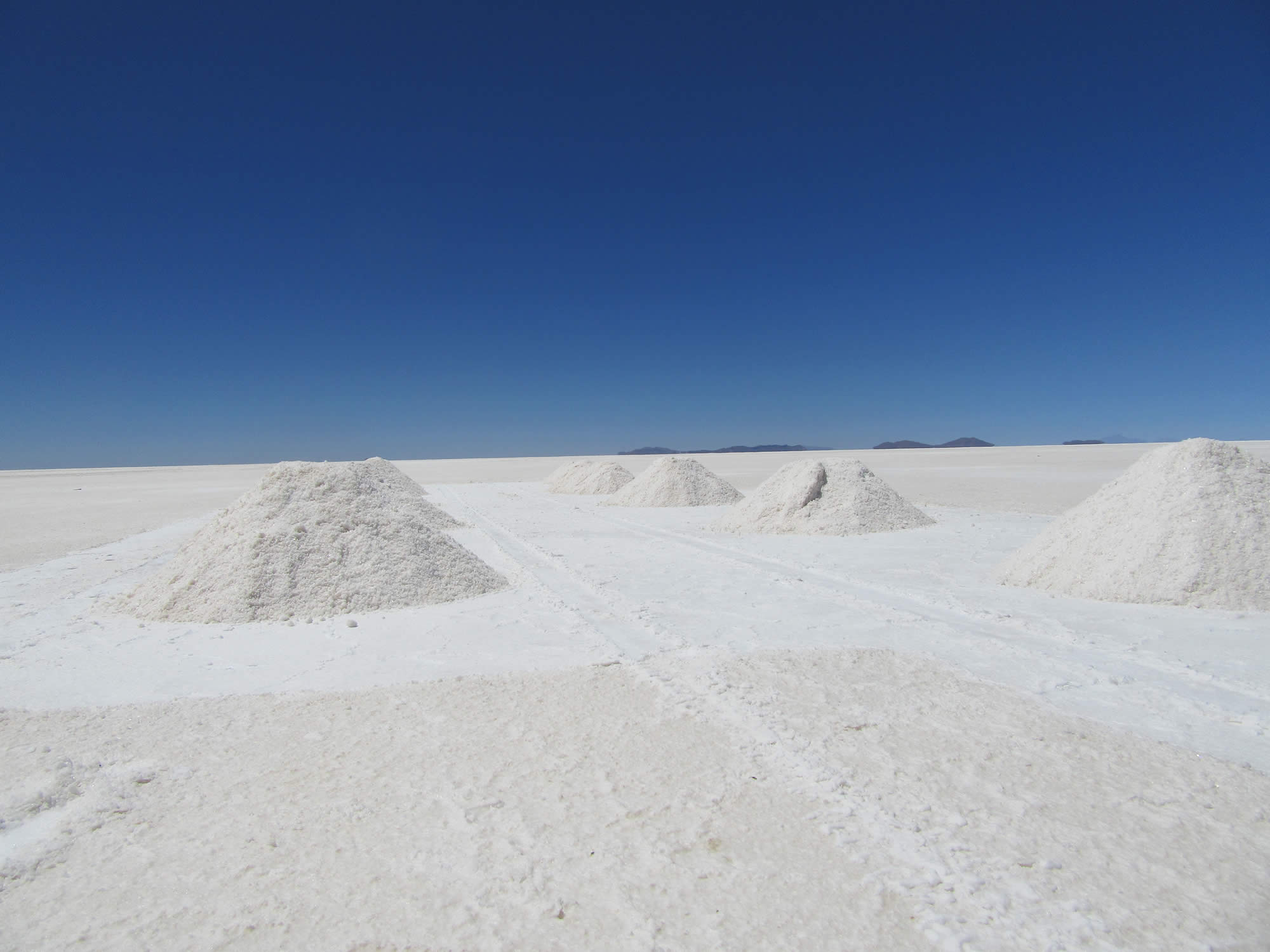 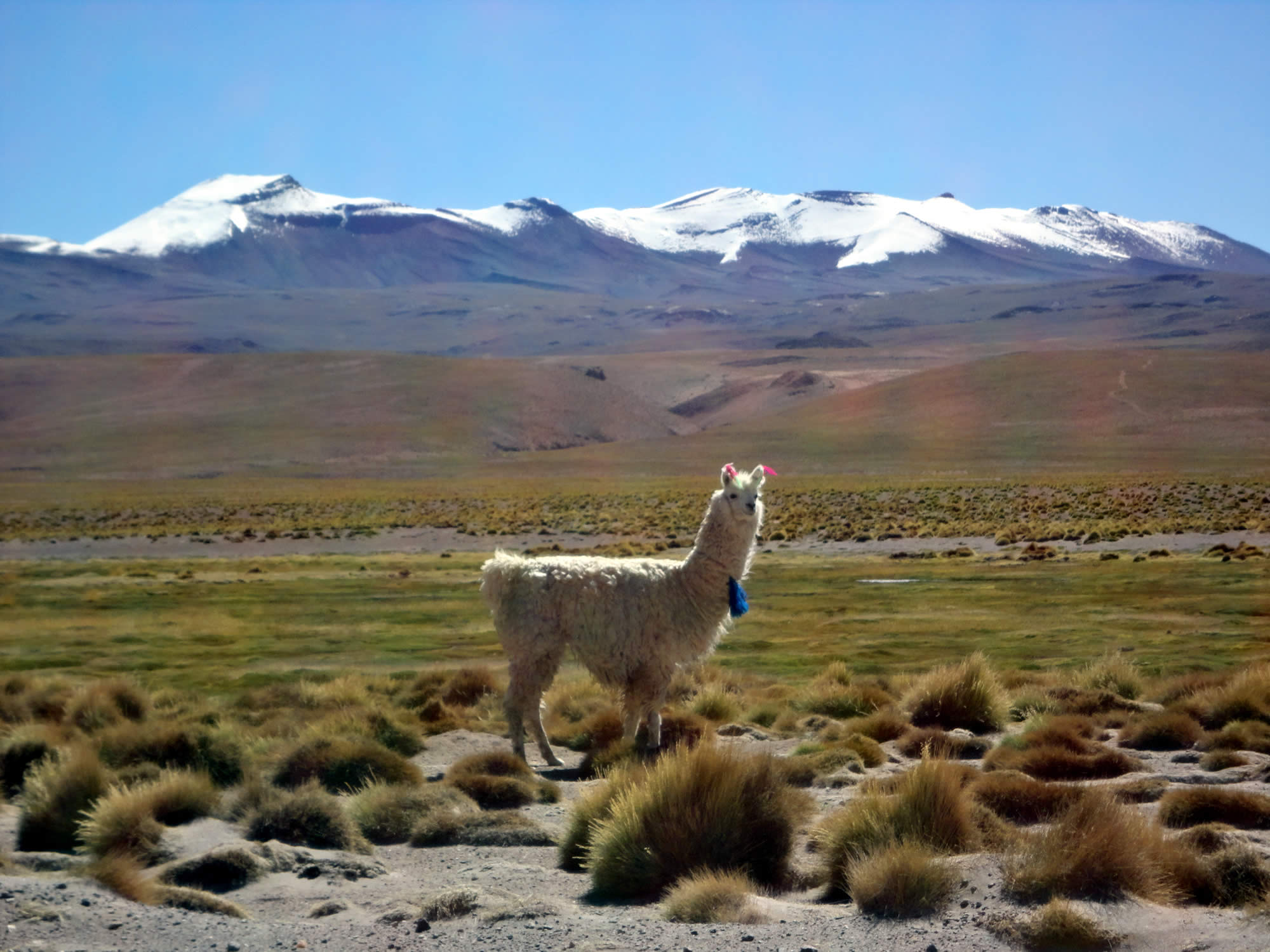 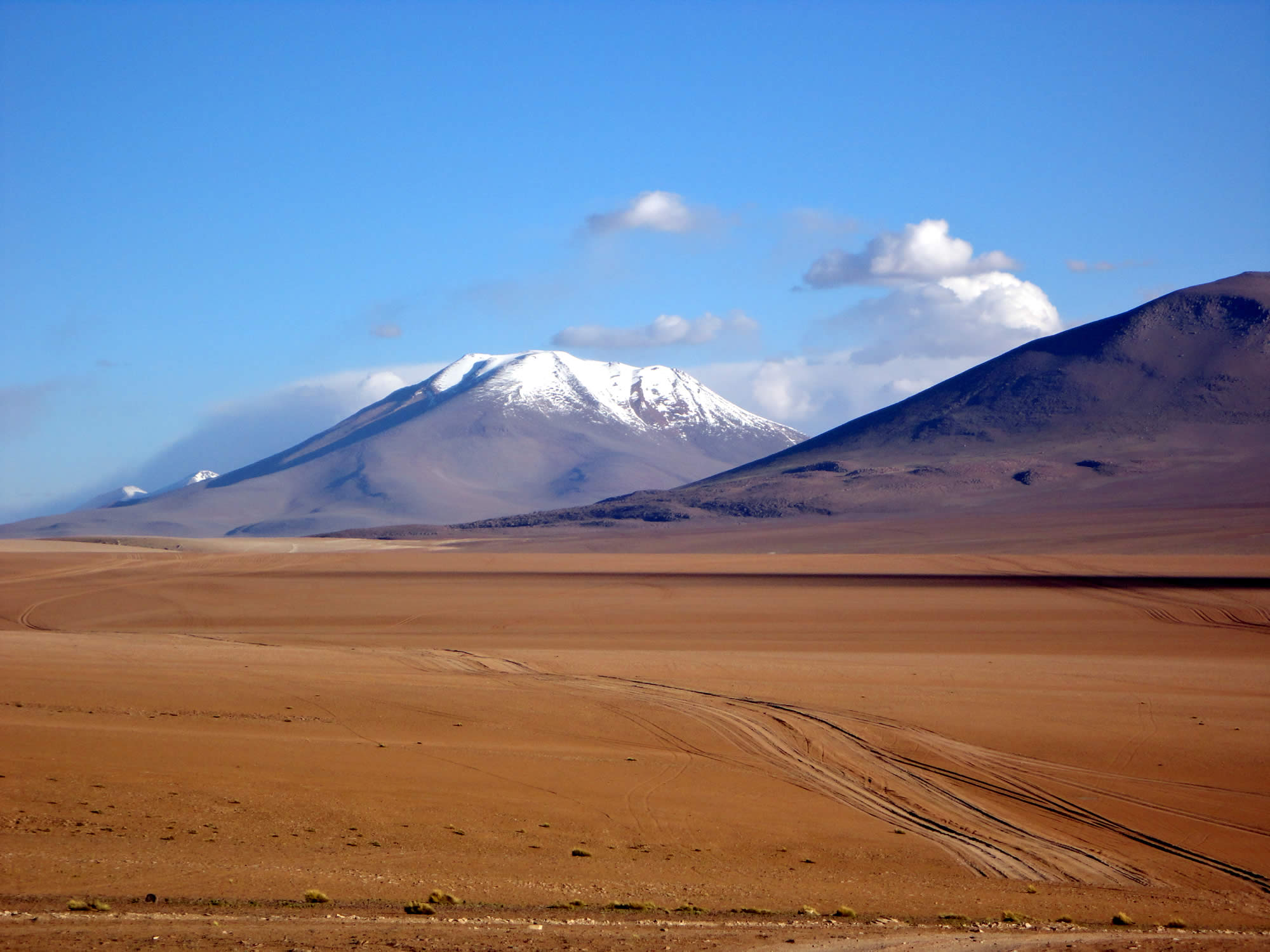