Home » Travel Articles » Uyuni » When is the best time to visit the Uyuni Salt Flats?

Late April is the perfect time to visit Uyuni, as you can expect to see both the dry salt desert and the giant mirror effect. It is not as cold as in winter and rainfall is limited. The smaller number of tourists also means that you can get better deals for hotels and tours. 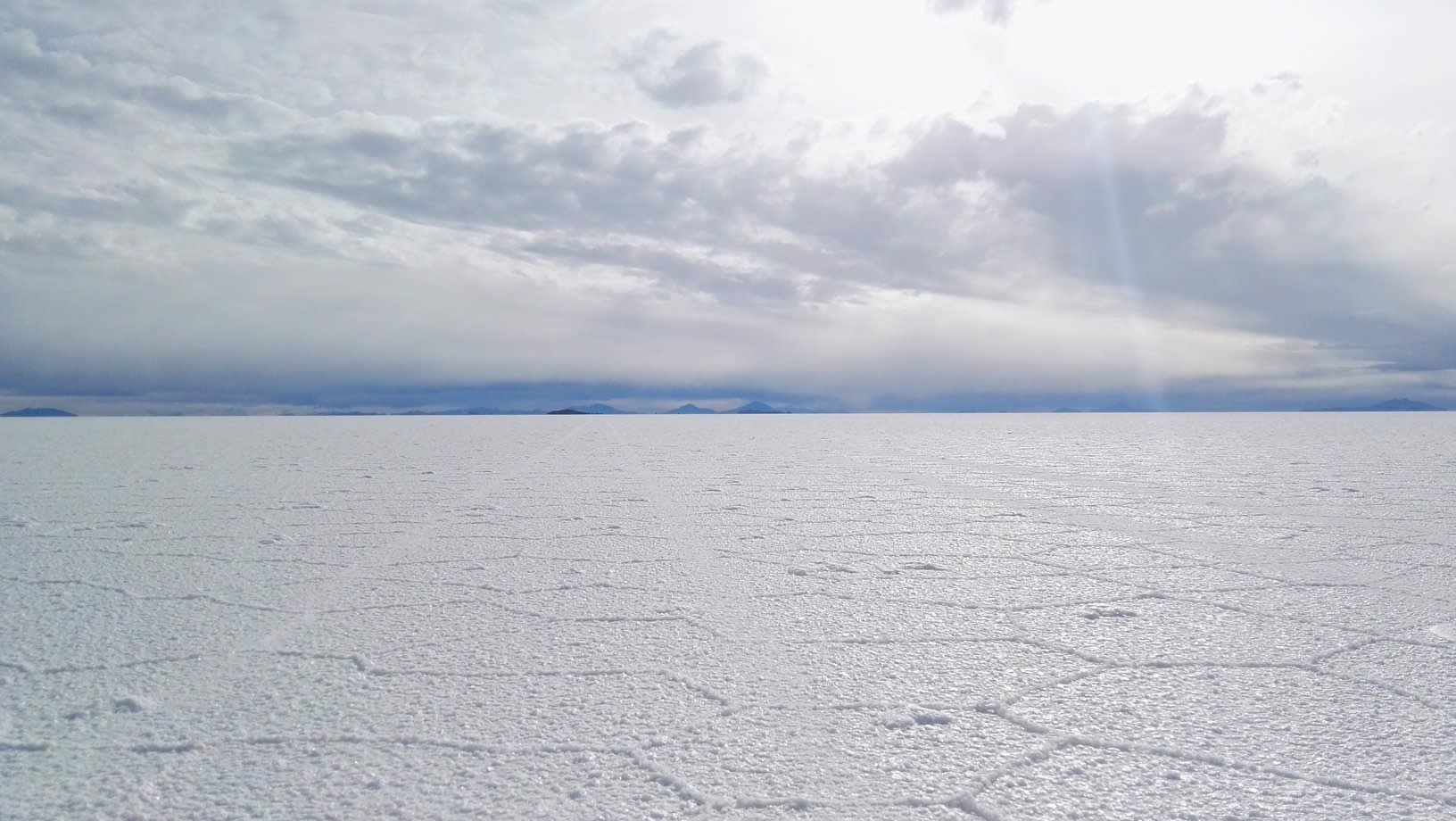 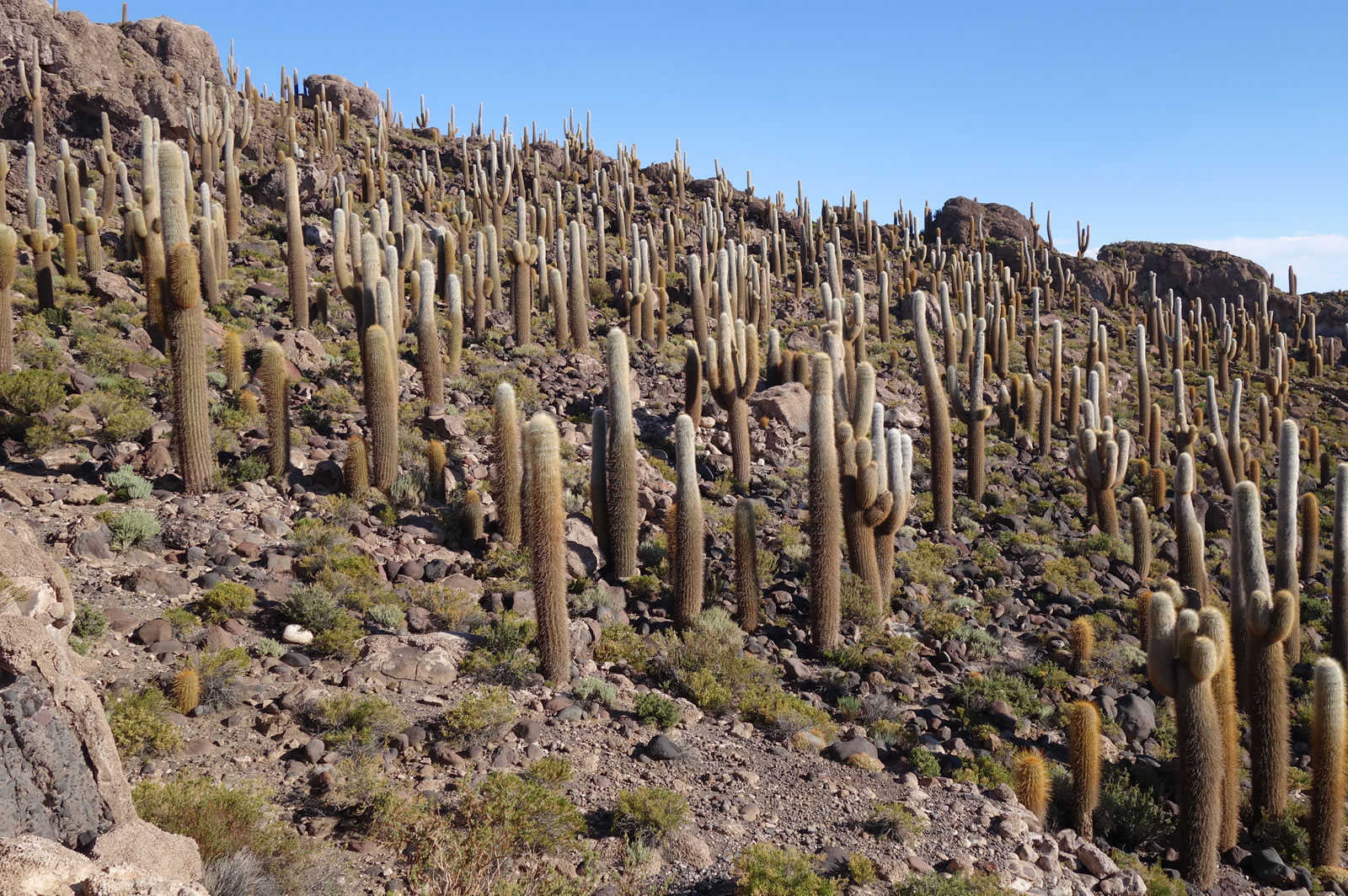 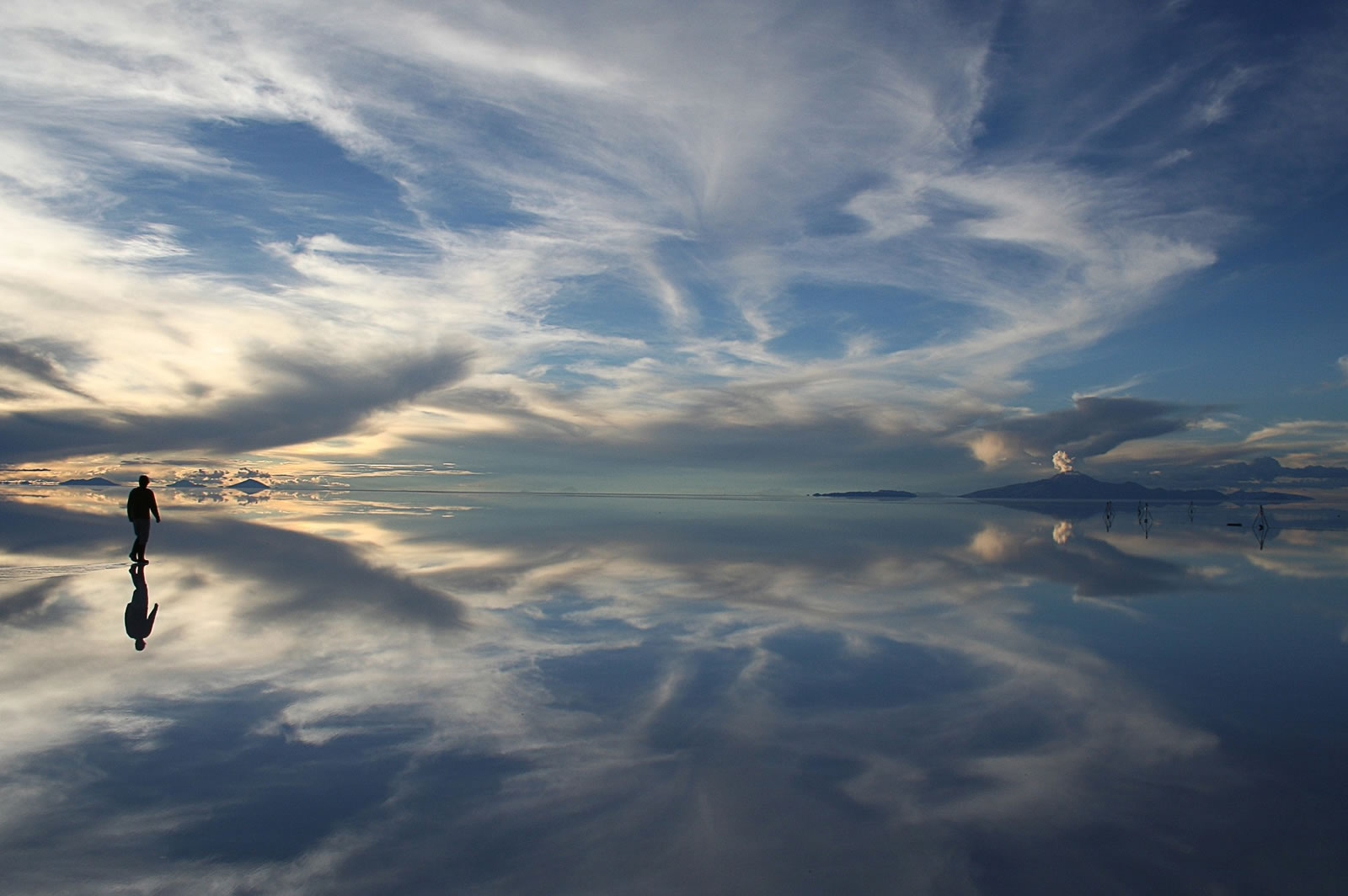 Honestly, there is no good or bad time to visit the salt flats, it is simply a question of what you are looking for. Here are some tips to help you decide when to visit the Salar de Uyuni:

Other than that, any time is good to visit the Salar de Uyuni. Each season offers a unique perspective and features. 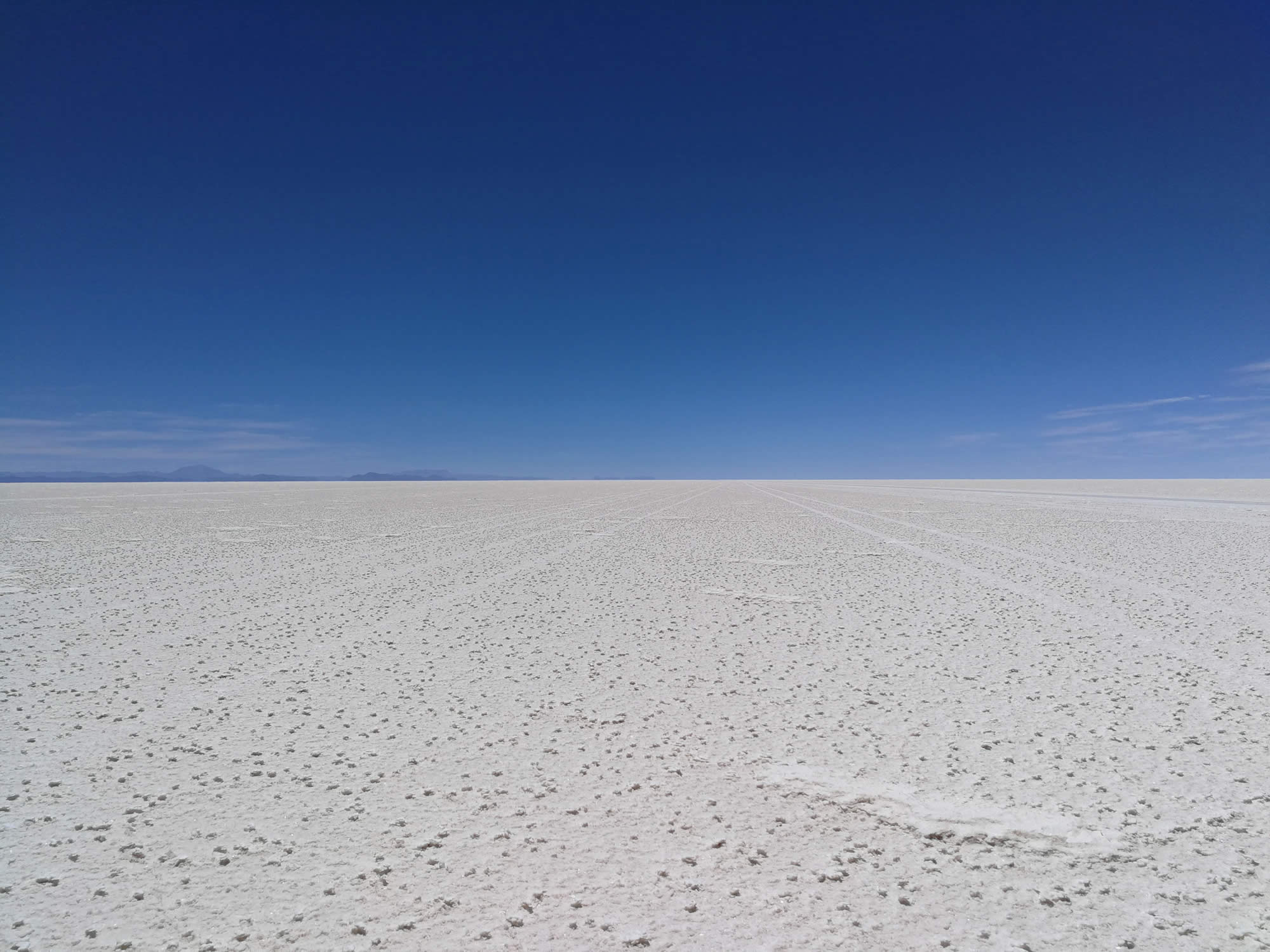 The Uyuni salt flat in the dry season (April - November) 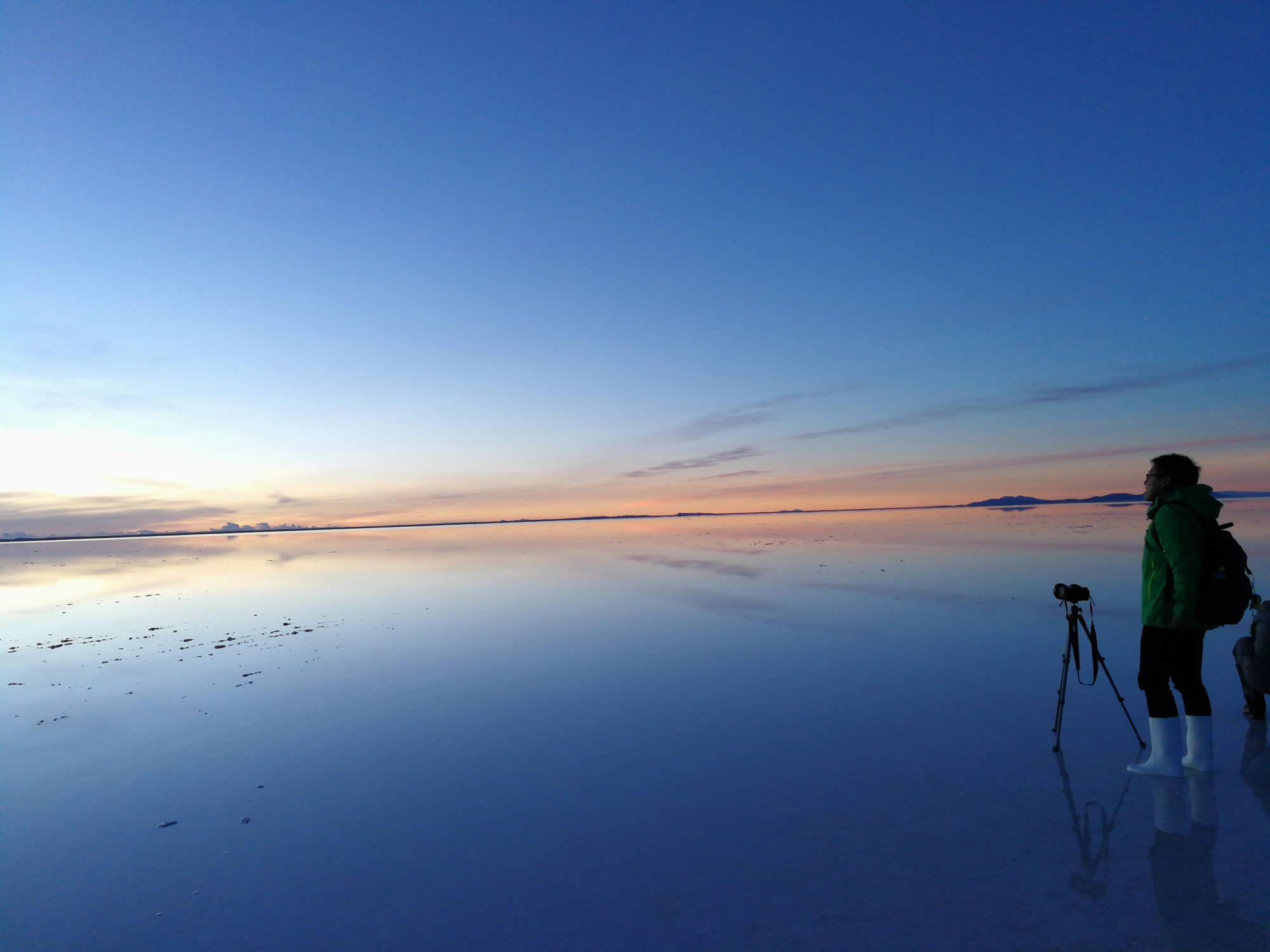 Water covering the salar in the wet season (December - March)

At the beginning of every year, the Uyuni Salt Flats in Bolivia becomes the largest natural mirror in the world.

As this giant desert of salt is covered by water during the rainy season, it reflects light creating almost impossible optical illusions. This time of the year is highly popular with tourists for visiting Uyuni.

It tends to rain the most in February, but this can be quite unpredictable. Also, be aware that too much rain will melt the salt and make large parts of the salt flat unaccessible for tours.

During and after New Year's Eve some tours don't leave. Be sure to check in advance if you plan to travel during these dates.

When can I see the mirror effect?

In summer, between January and March. Generous rains fall on the bolivian highlands, turning the Uyuni Salt Flats into something similar to a giant lake a few centimeters deep. In some years, depending on precipitation, you can still see this effect in the beginning of April.

Does the water cause difficulties for the travellers?

Depending on the amount of water that accumulates, access to Incahuasi and Fish islands can become restricted for safety reasons. During the rainy season the tours are often limited because the melted salt is dangerous to traverse.

Several rivers deposit their sediments in the Uyuni Salt Flats and the water accumulates on the nearly waterproof salty surface.

Another less-known attraction is the large number (around 25000) of flamingos that gather at the Red Lagoon in the Eduardo Avaroa Reserve during the rainy seeason for mating.

There are far fewer tourists during these months, so you can get better deals from tour operators. The weather is still warmer and with a good guide you can find some places with water to see the mirror effect.

Winter. Dress warm. Take extra blankets. The Salt Flat is a huge white beach-like desert during this time. It almost never rains, but can get bitterly cold.

These months are less cold, still dry with occasional rains.

In general, you can expect sunny warm weather during the daytime, and freezing, bone chillingly cold winds at night. The air temperature during the day is usually at around 21°C between November and January and doesn't often get any lower than 13°C in June. This means you can't really feel how strong the sun actually is, and you can get a sunburn in minutes without sunscreen.

The best time for stargazing is either during the winter months when the sky is crystal clear or on a lucky night during the rainy season when you get the chance to see the starry sky reflected in the still, mirror-like surface of the Salar. Don't forget to check the moon cycle for the best experience! 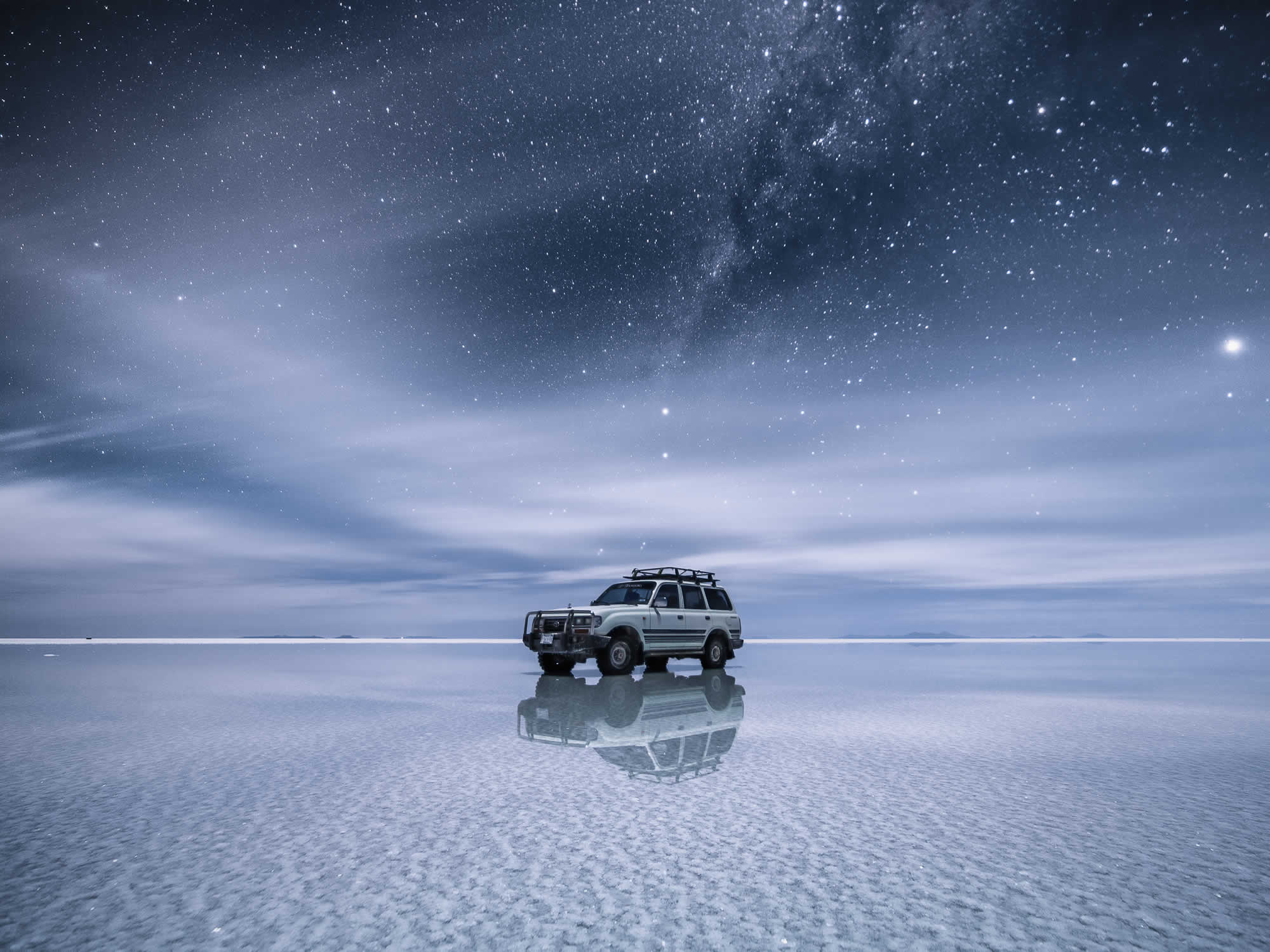 Stargazing during the wet season