Transportation in Bolivia can be chaotic and difficult to understand for the traveler. Read here a brief overview of the main modes of transportation in and between cities. 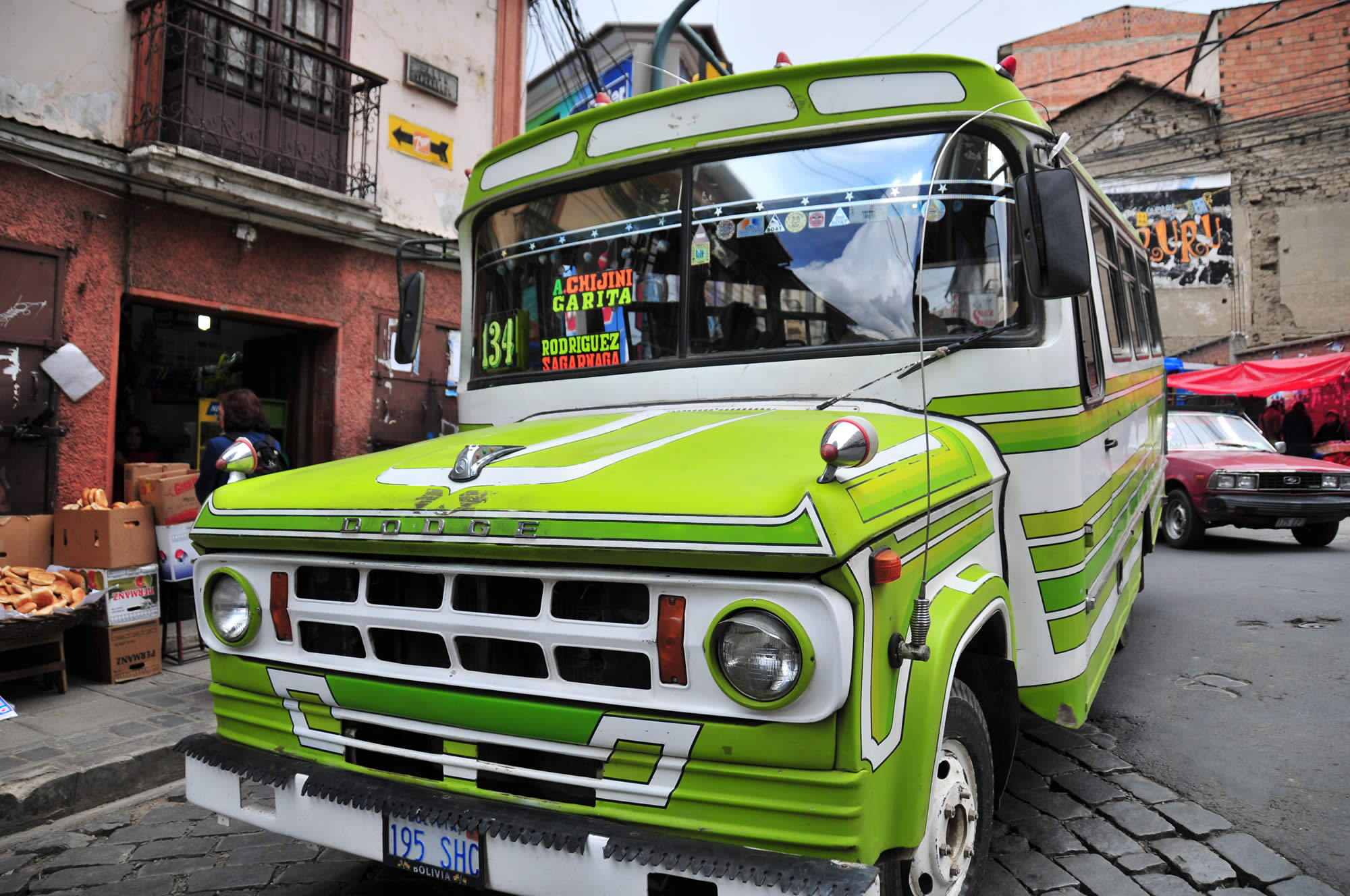 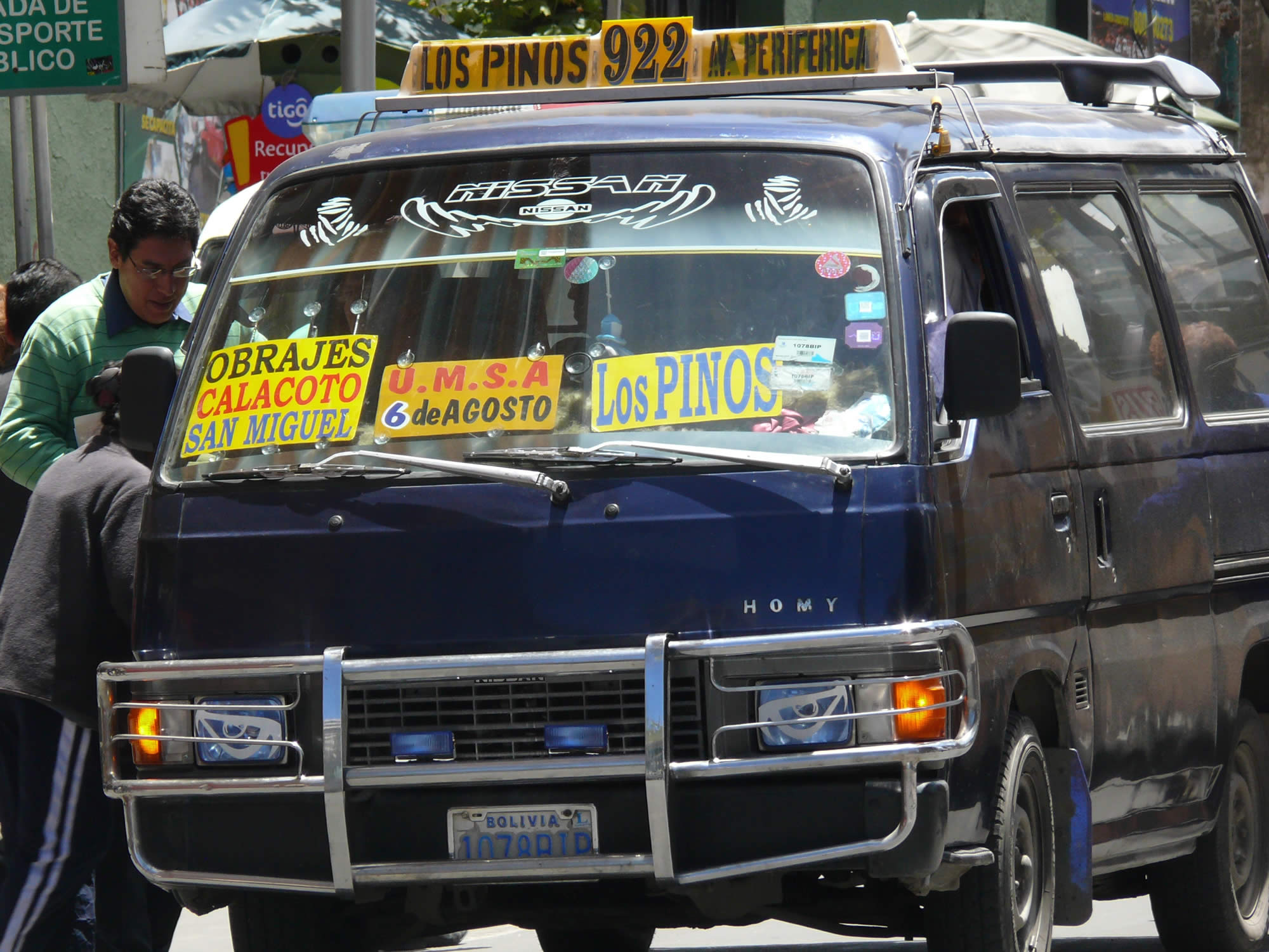 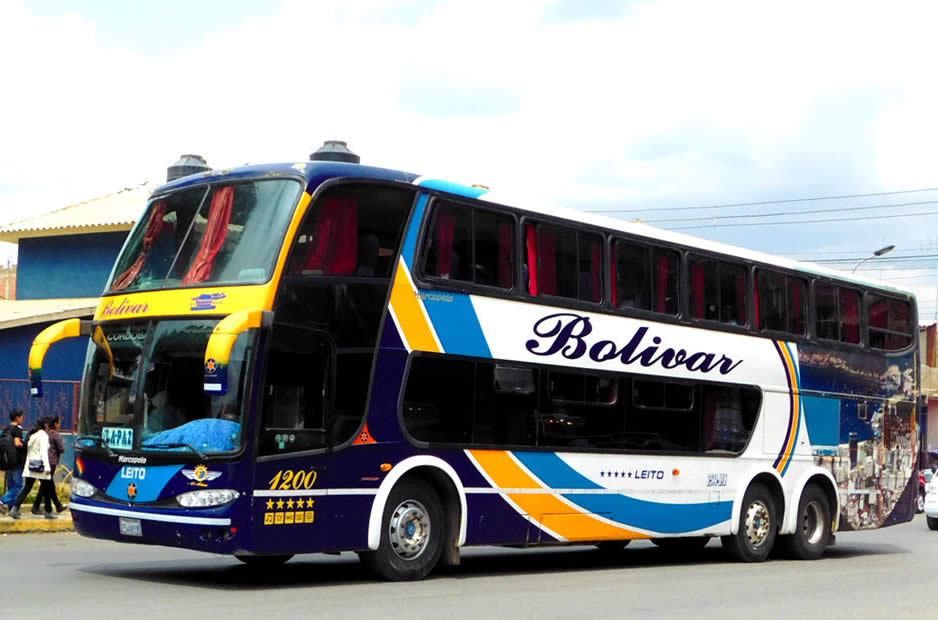 The bus or "flota" is the most common and economical way to travel between the cities in Bolivia.

However, on some routes, it can be a dangerous means of transport. Accidents of these kinds of vehicle are frequent (crashes, overturns, going off the road, etc.).

Your safety depends more on the driver that happens to drive the bus than on the company you choose. A law has recently been passed (in 2010) that penalizes bus companies in case of accidents caused by the consumption of alcohol by the drivers. (A rather common occurence.)

These buses are usually comfortable (with bed-like seats, bathrooms, television, snack service, etc.). They are not very expensive and are usually safe and organized. Staff often explains to the foreign passengers the entrance and exit procedures at the borders.

If you wish to depart from La Paz to other departments of the country, you should go to the central station (located in the center of the city). If you want to travel to the Yungas (Coroico, Chulumani, etc.), you must go to the Villa Fátima station. If your destination is Sorata or Lake Titicaca, you should go to the bus stop (buses and minibuses) near the General Cemetery.

It is recommended to arrive at least half an hour ahead of the departure time to board the buses departing from the La Paz Bus Terminal.

This is the most common means of transport in the cities of Bolivia (especially in La Paz and Cochabamba). For the most part, the buses are models from the sixties mostly of the Dodge and the GMC brands. They are organized by numbers or letters (according to their route) and carry two posters on the windshield (one indicates the number or letter and another specifies the route).

When boarding, you must pay the driver the cost of the ticket (about 20 US cents) and to get off, you need to shout "Me quedo (I stay here)", "Bajo (Down)" or "Esquina (at the corner)" about one block (50 meters) ahead of your destination.

The minibus is common in the cities of La Paz and El Alto. The route is displayed on a sign that hangs from the windshield. The minibuses are characterized by the presence of a "voceador" who is the person in charge of collecting the fees (between 16 and 23 cents) and to announce (shouting through the window) the route and destination of each minibus.

The trufi is a kind of collective taxi that has a predetermined route (written on a sign that hangs from the windshield). It costs about 33 cents.

There are two types of taxis: the radiotaxi and the normal taxi:

Radio taxis are cars that communicate with a central operator, through a radio, and offer the service of answering your phone call, pick you up at your hotel and take you to your destination. Major hotels, normally, have their own radio taxi company. It is the safest way of transport and, also, the most expensive (1 to 10 USD, depending on the distances).

Taxis are normal cars that circulate on the streets and neighborhoods. Be careful at night, as some criminals disguise themselves as taxidrivers and look for drunk or lost tourists.