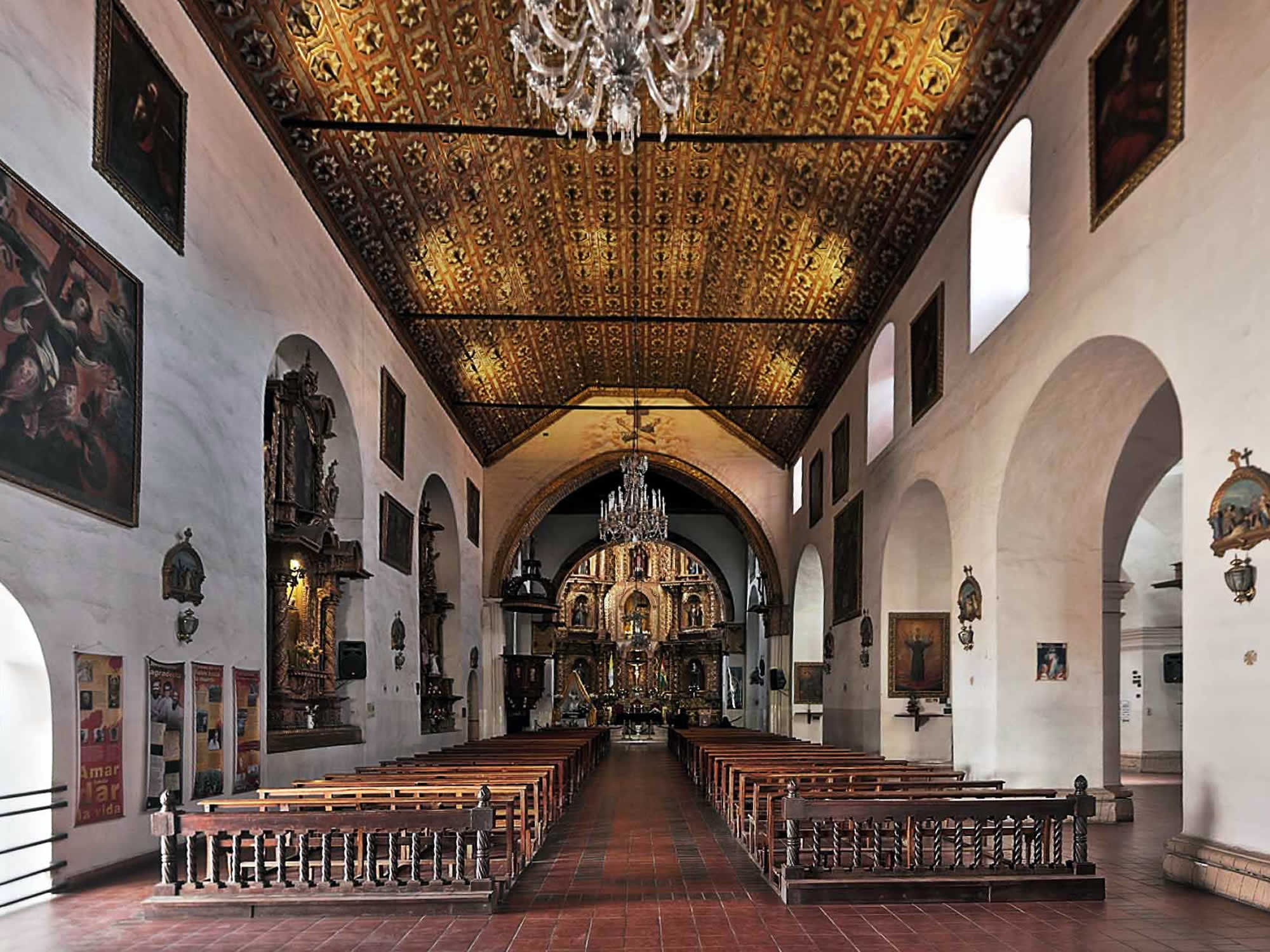 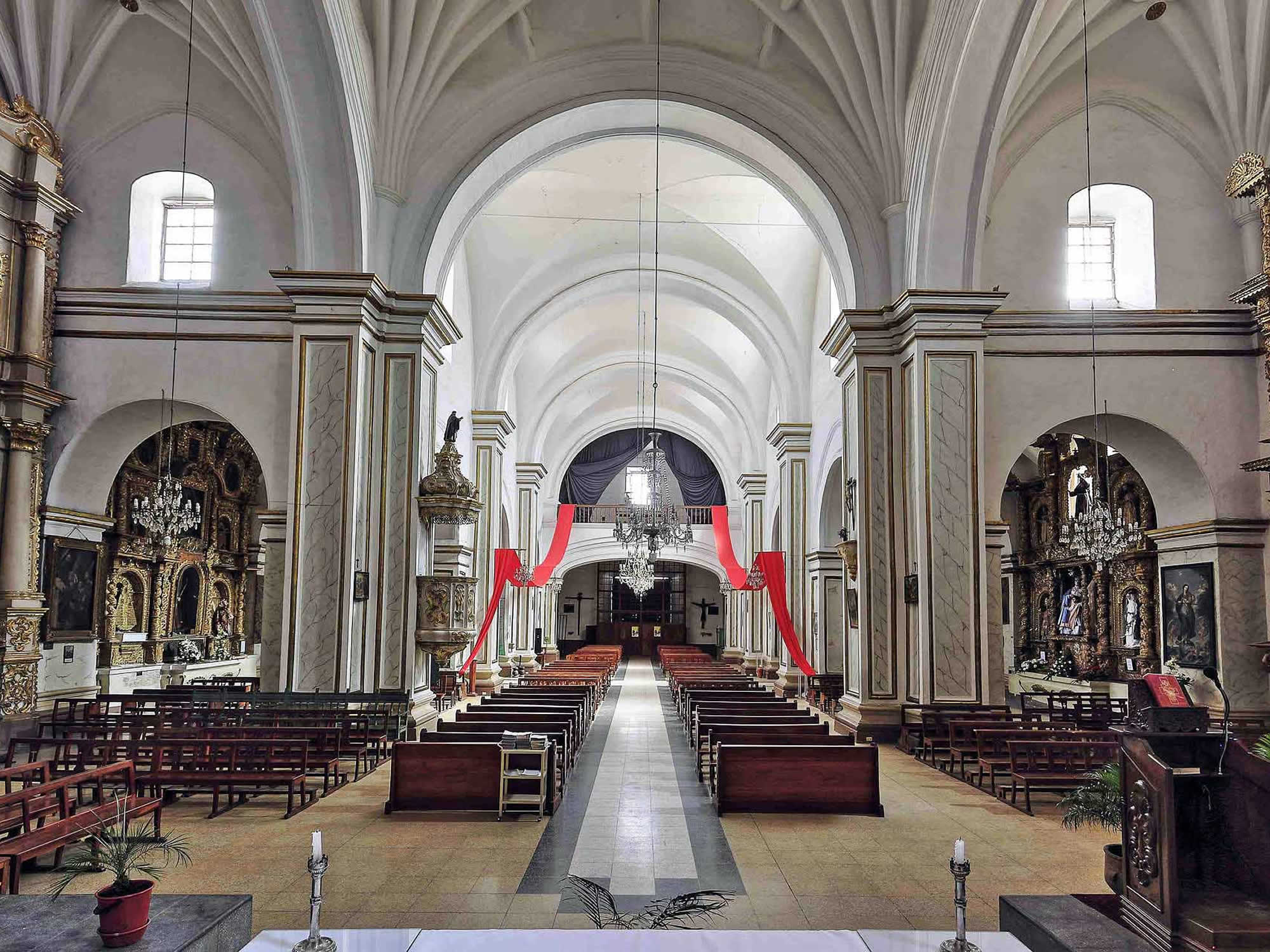 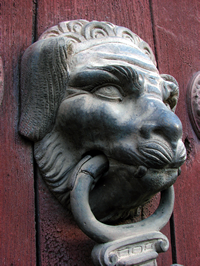 This was actually the very first church that was built in the city and dates back to the year 1538.
On July 27, 1553 it was opened to the public as the First Cathedral of the Silver Village (Sucre).

It was built in 1539 as a parish for Indians. This was the second church built in the Silver Village. The base of it has the shape of a Latin cross and the portal is one of the very first of its kind with a very delicate Renaissance motive. In the interior there is an old series of carvings that date back to the XVII century and an additional collection of paintings from the School of Cuzco.

The Iglesia de San Francisco was established in 1538 by Francisco de Aroca soon after the founding of the city. It began as a makeshift structure; the current church wasn't completed until 1581.

In 1809, when the struggle for Bolivian independence got under way, a law passed by Mariscal Sucre transferred San Francisco's religious community to La Paz and turned the building over to the army, to be used as a military garrison, market and customs hall.

In 1838 the top floor collapsed, but it was rebuilt and later used as a military bunkhouse. It wasn't re-consecrated until 1925. Architecturally, San Francisco's most interesting feature is its mudejar ceiling. In the belfry is the Campana de la Libertad, Bolivia's Liberty Bell, which called patriots to revolution in 1809.

The main purpose of the construction of this church was to teach catechism and religion in general, especially to children and to the natives who lived in the Silver Village. Years later the Convent’s construction was started, which included increasing the size of the temple as well. It has a caissoned ceiling with a very clear Mudejar - Mohammedan Style (Mudejar: living under the control of a Christian King in Spain), which has been constructed with cedar wood, this portion extends from the area on which the choir stands all the way to the center of the cross section.

In the church's main crypt or undercroft, lay the remains of the main Spanish conquerors, who participated in the actual foundation of the city. There are also two square-based towers, which have been constructed and attached on both sides of the entrance to the temple, one of them is of great importance, because it houses the nation's "Liberty Bell", which tolled as the revolution for independence began in 1809.

This church is blessed with the most beautiful interior of any church in Sucre and possibly in Bolivia. The church's founding date is uncertain, but it's believed to be sometime in the early 1550s. The building was completed no later than the early 1580s. The Baroque-style altar and carved mestizo pulpit are decorated with filigree and gold inlay.

Several paintings by the esteemed artist Melchor Perez de Holguin are on display, notably El Nacimiento de Jesus , El Nacimiento de Maria and a self-portrait of the artist rising from the depths of Purgatory. There are also sculptures by other artists. The views from the bell tower are splendid.

Built in the mid XVI century, by the Order of the Mercedary Priests, the church's main highlight is its "Altar Mayor" (Main Altar), which has been carved of pure cedar. Inside of it there are seven series of carvings, one of which is considered to be older than the Court of Justice of Charcas. The pulpit is made in a baroque style.

The mestizo-style Iglesia de Santa Monica was begun in 1574 and was originally intended to serve as a monastery for the Ermitanñas de San Agustin. However the order ran into financial difficulties in the early 1590s, eventually resulting in its closure and conversion into a Jesuit school.

The interior is adorned with mestizo carvings of seashells, animals and human figures; the ceiling features impressive woodwork; and the courtyard is one of the city's finest, with lawns and a variety of semitropical plants. The church now serves as a civic auditorium and is only open to the public only during special events.

Built in the year 1617 by Fray Jeronimo Mendez de la Piedra. It houses the image of Our Lady of Guadalupe painted by Fray Diego de Ocana in 1601.

A visit to the bell tower and tiled rooftop of the San Felipe Neri convent more than explains Sucre's nickname of the 'White City of the Americas'. In the catacombs there are tunnels where priests and nuns once met clandestinely and also where, during times of political unrest, guerrillas hid and circulated around the city.

In the days when the building served as a monastery, asceticism didn't prevent the monks from appreciating the view while meditating; you can still see the stone seats on the roof terraces. The church was originally constructed of stone but was later covered with a layer of stucco. Poinsettias and roses fill the courtyard, and an interesting painting of the Last Supper hangs in the stairwell. The building now functions as a parochial school.