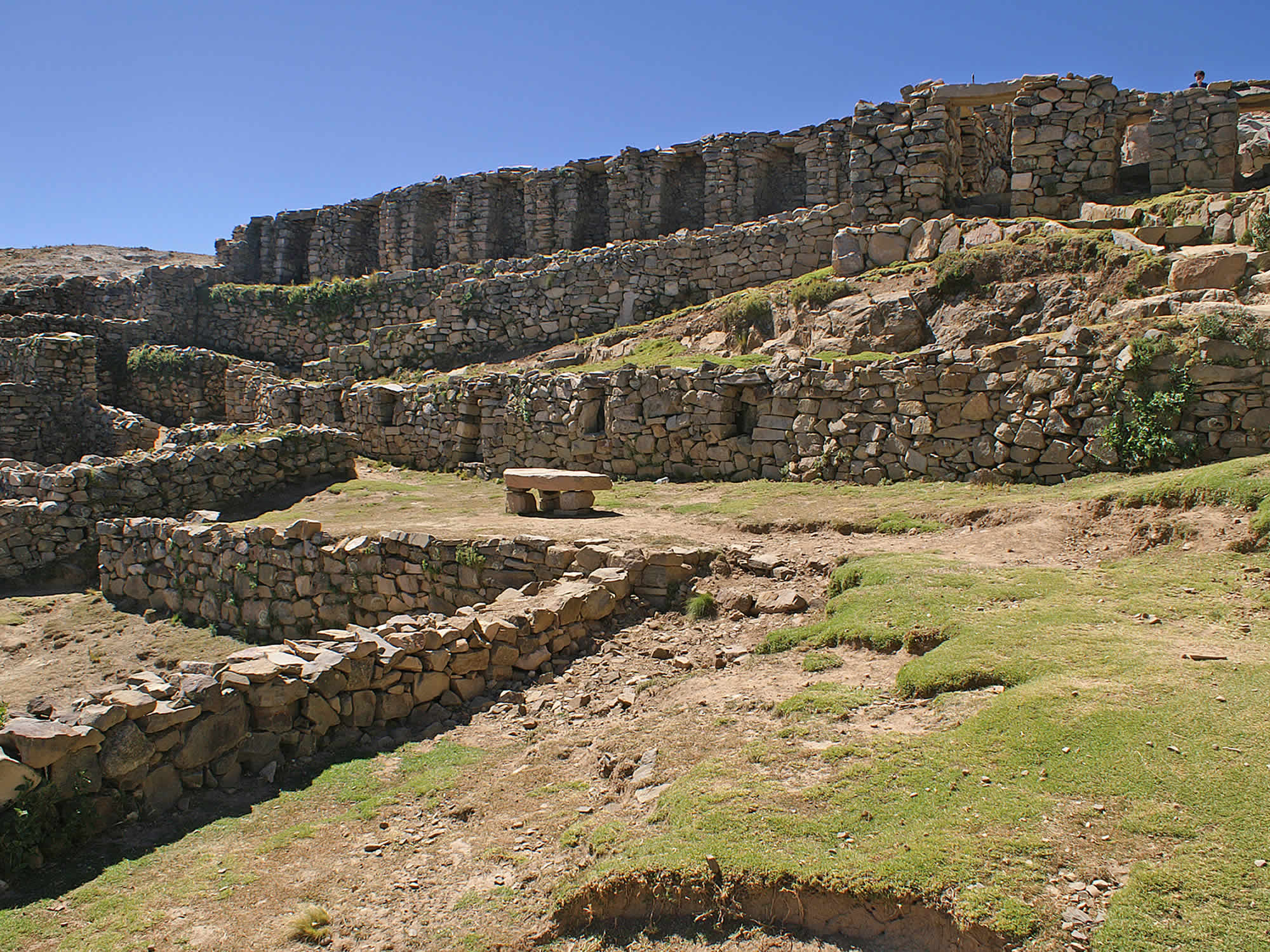 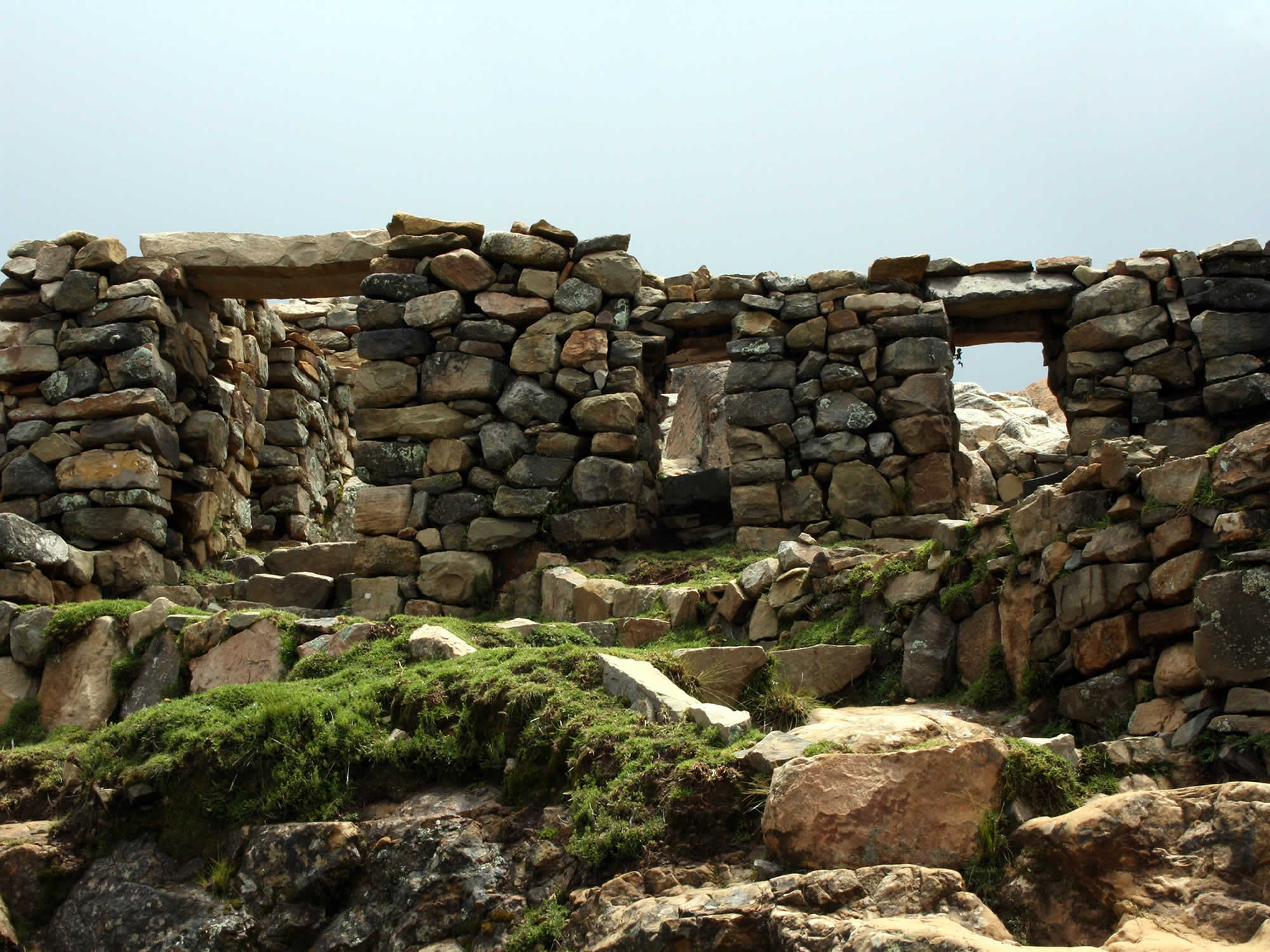 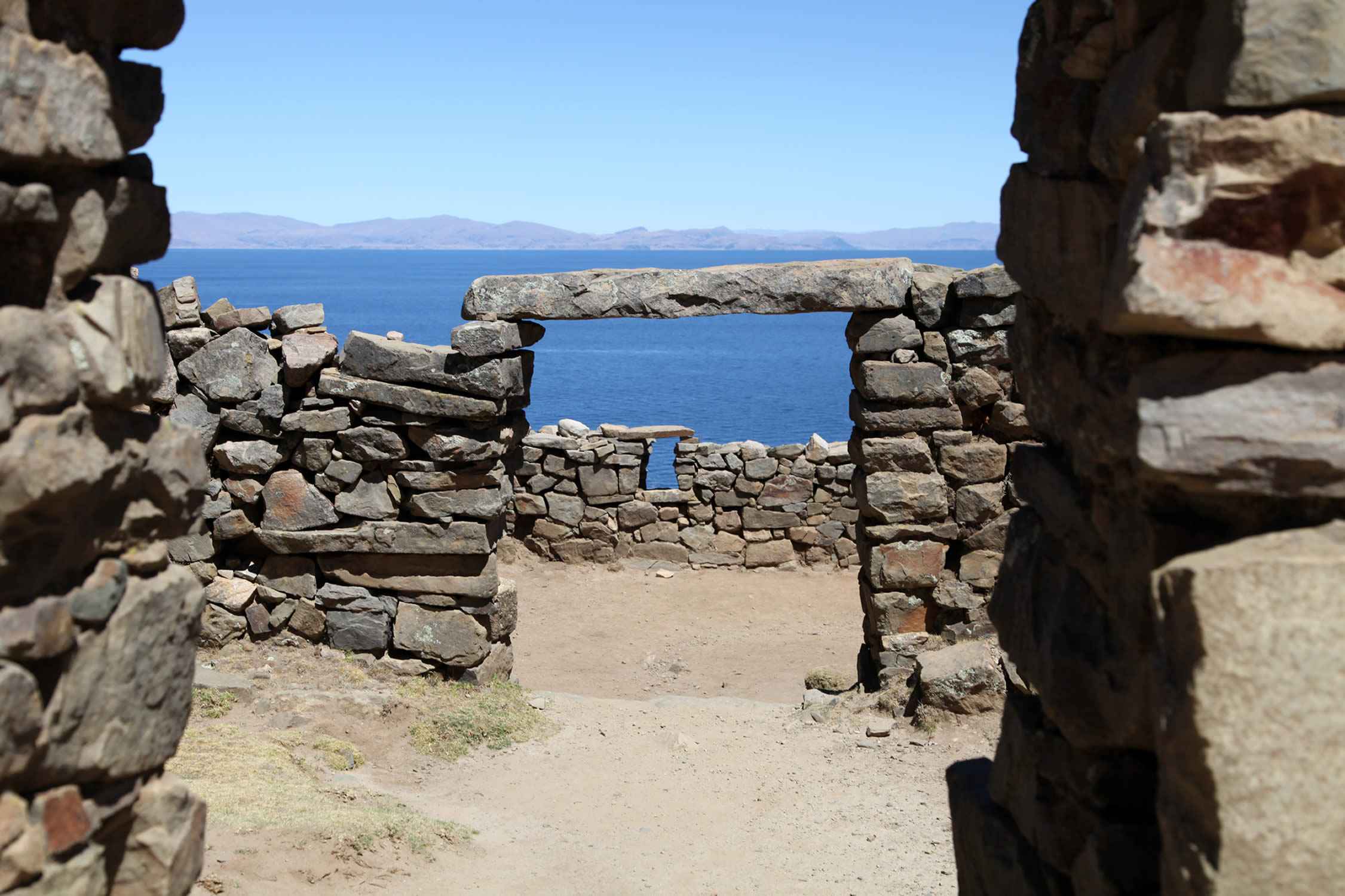 
About 300 meters southwest of Titikala (Roca Sagrada or Sacred Rock) is an elaborate Inca ruin called the Chincana (the Labyrinth).

Also named the Palacio del Inca, or El Laberinto, or labyrinth, these ruins on the top of Isla del Sol form the complex of the Titicaca, or sacred rock.

The Chincana ruins were worshipped as the birthplace of the first Incas: Manco Kapac and Mama Okllo, son and daughter of Viracocha. . They believed that the sun was born here from behind a large rock to the east, shaped like a crouching puma called Titi Khar´ka (Rock of the Puma) hence the lake's name.

Chincana Labyrinth walls were once covered with mud plaster and had been painted in various colors. It contains trapezoidal doors and niches indicative of Inca architecture.

Many rooms within the Chincana are connected by twisting passageways, giving a maze-like feeling to this complex, that is therefore called Laberinto Chincana. Apparently it housed the women who cared for the shrine at Titikala.

The multiple passageways and internally connected rooms lend a maze-like feeling to this complex. While these superficial Inca elements are abundant, the overall plan of the complex is distinct from those found in the Cusco area.

On the way to The Chicana you will have the chance to admire Inca terraces many of which are still being used, indigenous villages, sandy beaches and beautiful landscapes.

The Chincana labyrinth offers impressive views of the lake and the far distant shore of Peru. It is difficult to believe that these cobalt-blue waters are almost 4km (2.5mi) above sea level, the view of the snow-capped peaks of the Cordillera Real in the background are just breathtaking.

In order to get to The Chincana labyrinth Walk from the north to south end of the Sun island and experience stunning views along the way.